Throwing a twelve-year-old's party is not the same as an eight-year-old's. Especially when that twelve-year-old is a boy. For some reason the thought of pin the tale on anything wasn't appealing to him. I didn't even try suggesting crafts.

After weeks of prodding and disappointment over a *slight* overestimating of my cake making abilities (a stand up 3D version of Super Smash Brothers is not something I could do), he finally decided on a golf cake.  Well, he wanted the clubs and the ball and it was the least I could do after denying him his first option. 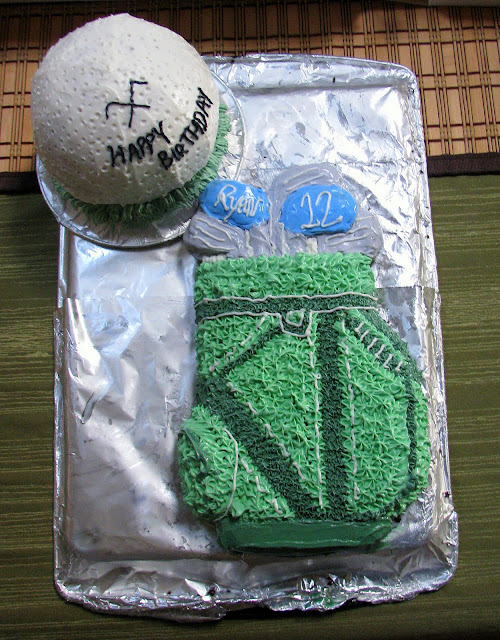 Instead of a big couple hour party, he opted for a sleep over with just a few friends.


We started the night with Monster Mingolf. I think we hit a record for most balls hit out of play in one round. 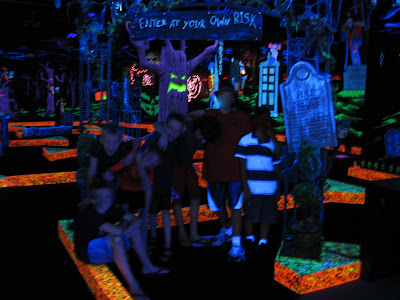 Then it was home for pizza and beach. They would have stayed out in the water longer, if they didn't have to share the water with jellyfish. 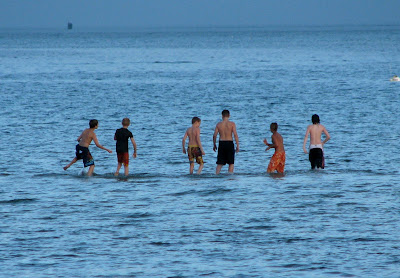 Most of the evening we had the cake out and ready, but only a couple boys ate a piece. When I woke up the next morning, however, the entire thing was GONE. As was most of the 4 large pizzas. Sleep was no match for the bottomless stomachs of boys! 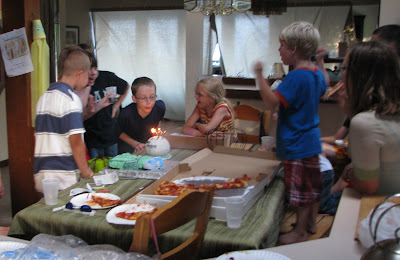 They interrupted their morning playing of games long enough to scarf down some pancakes and then the party was over.

I'm pretty sure they all had fun. Repeated calls of "That game is sick!" is a good sign, right?